Any level of experience 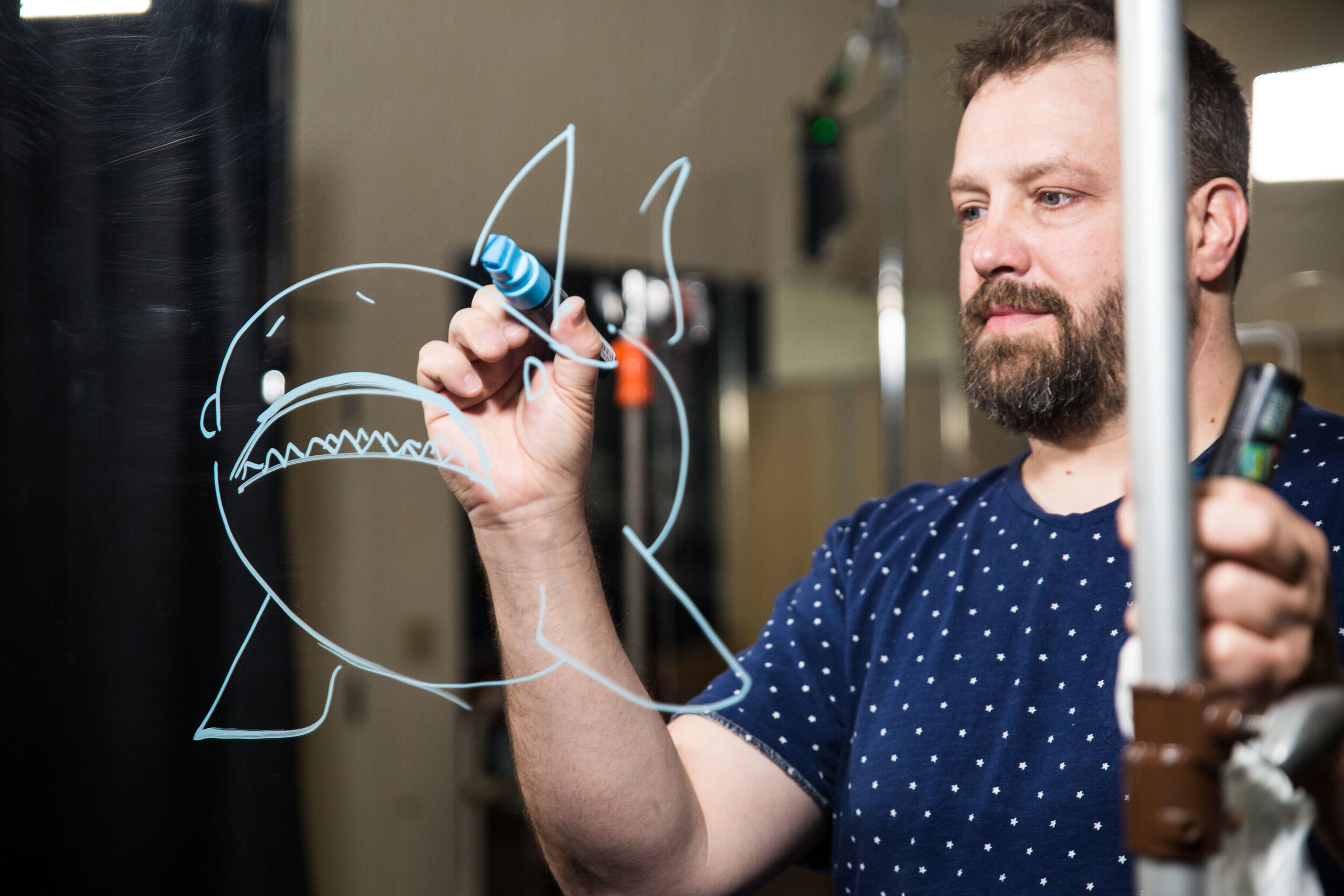 What you'll learn in this course

As a workshop participant, you will learn the basics of “scribing” to help you better communicate ideas graphically, gain confidence as a visual thinker, and understand the power of real-time visual storytelling. These skills are essential as professionals to have an impact on collaborative design and group decision-making.

All attendees will also receive a Learn2Scribe Resource Guide with helpful ideas, lessons, plus links to tips and tools for graphic recording.

Each participant will also earn a Certificate of Completion showing they have gone through a distinctive course designed and delivered by two of the field's leading experts.

Resting on the East Bank of the Cumberland River and adjacent to the John Seigenthaler Pedestrian Bridge, The Lucius E. Burch III River Center offers an unparalleled view of Downtown Nashville and the Cumberland River. Only a 5 minute walk to Lower Broadway.

Learn from the best 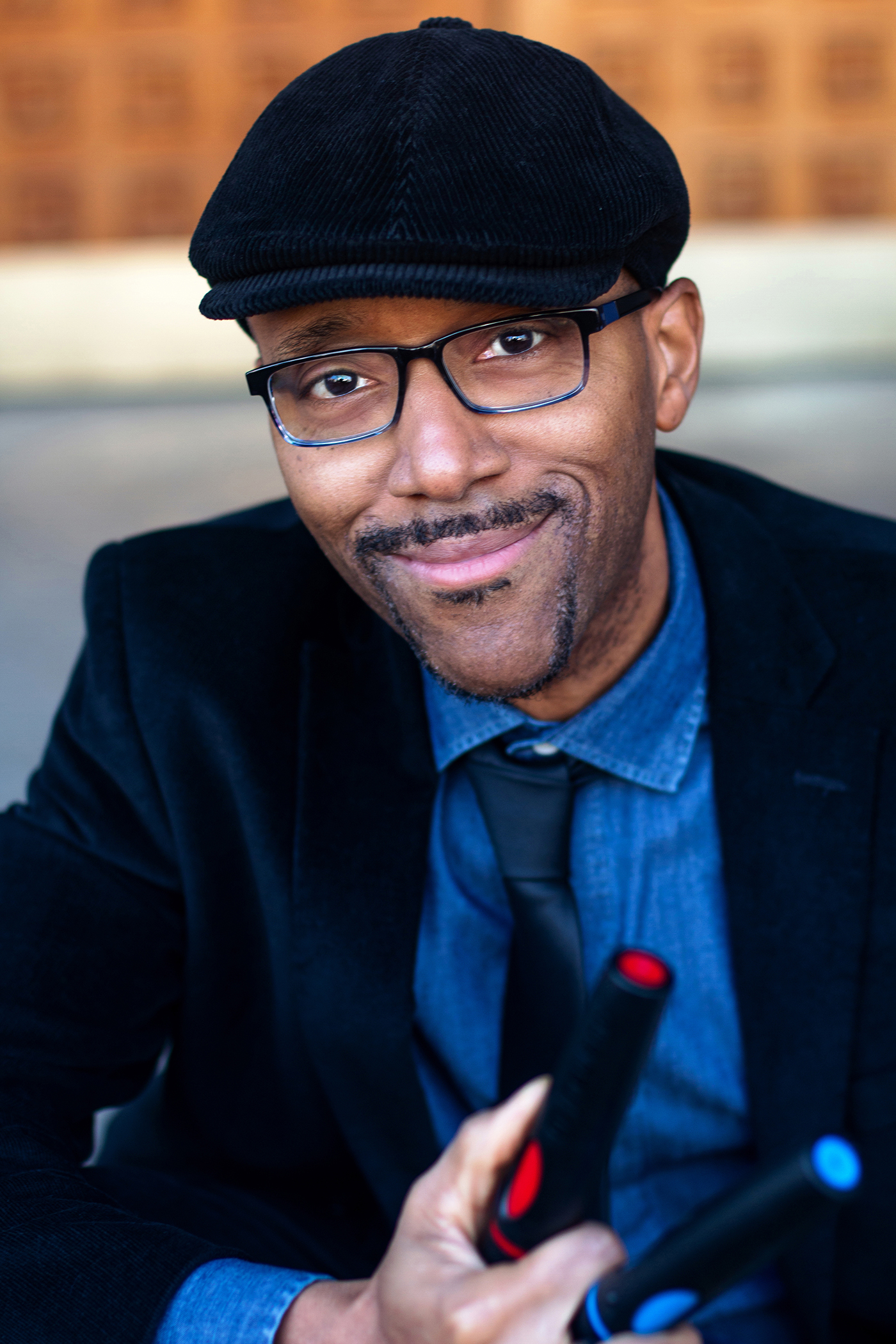 Christopher is a Los Angeles-based Graphic Facilitator with over 27 years of professional experience.

In 1992, after receiving a degree in Visual Art from Rutgers College, Christopher volunteered to help "scribe" a community-wide "DesignShop" in Orlando, Florida facilitated by MG Taylor Corporation, an innovative and influential consulting company.

That initial meeting led to him becoming a member of the core MG Taylor staff, which helped to bring their unique brand of collaborative strategy and design workshops to large consulting firms all over the world through their partnership with Ernst & Young LLP and later, CapGemini Consulting's Accelerated Solutions Environment process.

After leaving MG Taylor, he founded his company, Griot's Eye Inc. (griotseye.com) in 1998 with a mission to use the power of graphics and rapid visualization to assist organizations in telling their stories.

He has been considered and innovator in the field by combining traditional illustration, painting, and printmaking techniques with digital media for large-scale conferences such as The World Economic Forum, HiMSS, PopTech, TEDxNashville, TEDMED, Ciudad de las Ideas, and the EG Conference.

As a lead facilitator for the Office of Strategy & Innovation at Vanderbilt Medical Center, an MG Taylor-designed collaborative innovation space at a major research hospital in Nashville, Durand facilitates large-scale design-thinking sessions in the fields of biomedical informatics, electronic health records, and patient experience.

In 2017, Peter received an appointment as an adjunct professor at Northwestern University Law School in Chicago where he teaches a course on visual communication for the Masters of Science in Law program. Thanks to an adventurous and encouraging family, Peter was born in Kenya, grew up in the green hills of East Tennessee, and studied art and design in the St. Louis, Paris, and Krakow, Poland.

You can find Peter Durand at alphachimp.com, Instagram, and LinkedIn.

Any level of experience

What people are saying

"Thank you for doing such a phenomenal job. I can't express how grateful I am to have been able to bring your expertise into this class."

Take advantage of early bird registration before March 20, 2020 and save $50.